Mid January 2022 the Swiss Federal Council decided on the basic implementation procedures that will ensure a minimum tax rate of 15% for Swiss based companies that are part of a large multinational enterprise. In essence, first a temporary tax ordinance will be issued, followed by a regular legislation process.

The approach with a temporary tax ordinance is seemed to be necessary as legislative processes may take considerable time that stands in contrast with the ambitious timetable as set by OECD on the entry into force of Pillar Two. Even though a temporary tax ordinance is the anticipated way of implementation, an amendment of Switzerland’s constitution, and as such a public vote, will be necessary. The public vote, under the current timetable, is set for June 2023. Current goal is an implementation of the minimum tax for in-scope companies by January 1, 2024. 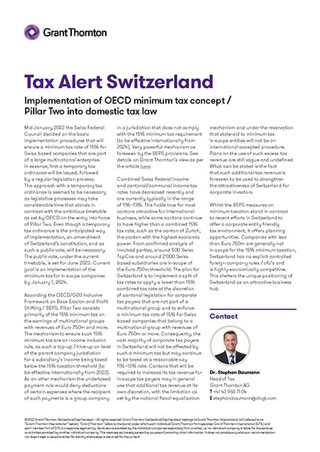 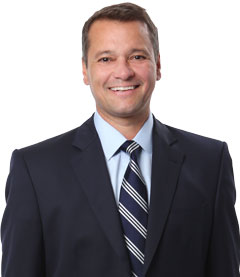